Fresh plans to rebuild Euston station for HS2 and unlock a major above ground regeneration site will be submitted to Parliament next week.

Eleven new platforms for HS2 will be built at the station in two stages as part of a phased approach that means less disruption for passengers.

The new blueprint includes more space for homes, offices, shops and restaurants, and staging construction work over 16 years from 2017 instead of nine to ease disruption.

The extra costs would be within the overall HS2 budget of £42bn.

The plans, which will now be considered by Parliament, also offer the flexibility to transform the station into a thriving transport and community hub.

Underpinning support structures as part of the plans will allow a range of uses above the station, allowing for wider redevelopment and regeneration of the area.

As well as the 11 high speed platforms provided by the new plan, 11 platforms will remain in the current station to serve the existing network. There will be new public spaces for shops, restaurants and cafes. 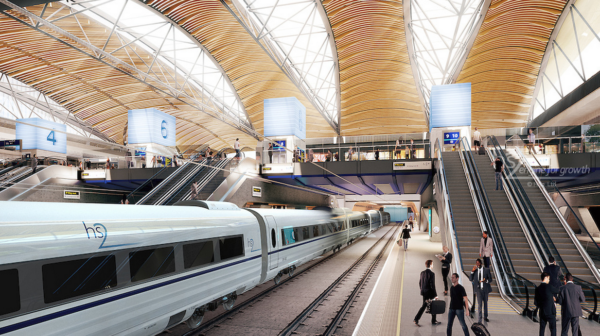 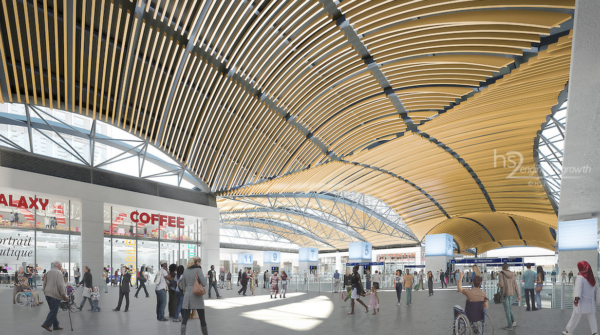 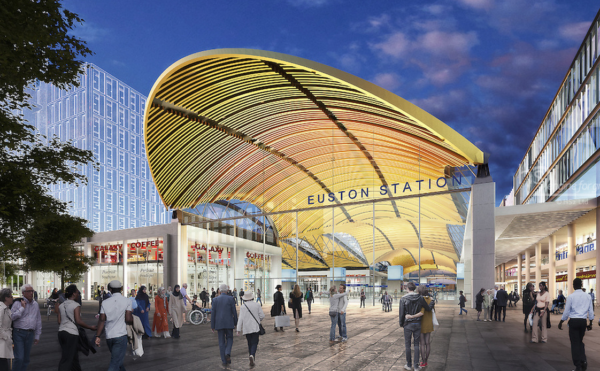 The plan allows for potential redevelopment of the remaining existing station platforms and concourses, subject to future funding and approvals.

A staged approach to building the high speed terminus means existing services can continue to operate.

London Underground facilities at Euston will also be significantly enhanced with passengers benefitting from greater space and connections to services including a new ticket hall and direct subway to Euston Square station. Access to taxis, buses and cycles will also be greatly improved.

“Just a stone’s throw away, we have seen how the stations at King’s Cross and St. Pancras have transformed the surrounding areas into vibrant and thriving locations.

“We must replicate and build on that commercial and architectural success. Now is the time for Euston to catch up with its neighbours to meet the requirements of the 21st century and beyond.”

The plans are proposed for inclusion in the High Speed Rail (London-West Midlands) Bill by means of an Additional Provision, which is due, subject to the approval of Parliament, to be deposited on Thursday 17 September.

Transport Secretary Patrick McLoughlin said: “HS2 offers a once in a lifetime opportunity to revolutionise not just Euston station but a whole area at the heart of London. The new station will be the catalyst for wider redevelopment and so it is right that we are ambitious in our plans to dramatically improve the design, capacity and technology used.”