A huge revamp of Liverpool’s Lime Street Station will be at the heart of a £340m spend upgrading the region’s rail network over the next three years. 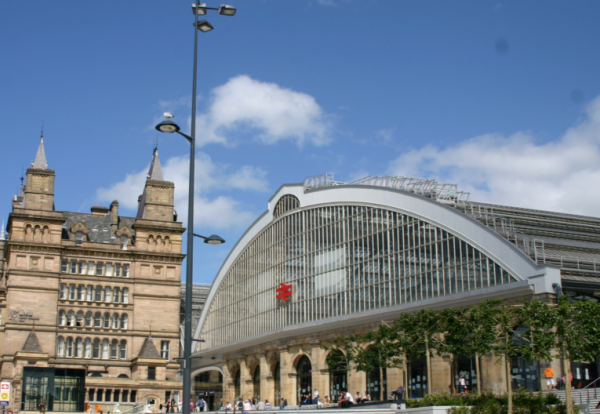 The project will include the creation of two new platforms between the existing platforms seven and eight.

Spending is being brought forward as part of a new partnership between Network Rail, which will plough in £229m, and the Liverpool City Region, putting in £111m – much through Government’s Growth Deal funding.

Other projects include the completion of the final phase of the Merseyrail loop, construction of an an extra section of track between Huyton and Roby to separate slower local services from faster trains, a new station at Maghull North and upgrading the Halton Curve to support new services between Liverpool and Chester.

Martin Frobisher, route managing director for Network Rail, said: “Our aim over the next three years is to give the people of Liverpool the high-quality rail services they deserve. With demand for rail travel expected to rise by 100% over the coming years, these improvements are vital for the future growth and prosperity of this great city region.”

Merseytravel is the strategic transport advisor to the Liverpool City Region Combined Authority and project lead for a number of the schemes.

At Liverpool Lime Street station, track, signalling and platform upgrades will enable longer trains and more frequent services. Lime Street station is expected to close for a period in autumn 2017 and again in 2018, where alternative transport will be provided to passengers.

The final phase the on-going renewal of the riverbed and loop line ‘slab track’ – the railway track on the Wirral line and underground loop section of the Merseyrail network will take place between January and June 2017. This will improve the safety and reliability of services using the underground, which was built in the 1970s. Where previously this work has been undertaken piecemeal Network Rail are grouping the remaining elements together to reduce disruption and complete the works sooner.

To enable faster services between Liverpool and the east, extra track will be built between Huyton and Roby stations to allow faster services to overtake local stopping services.  This work completes the work already undertaken at Huyton in 2014.

The full business case for the scheme will be considered by the Liverpool City Region Combined Authority in April. If approved, work is expected to begin in June 2017 and be completed by May 2018.

A new service between Liverpool and Chester, serving Liverpool Lime Street, Liverpool John Lennon Airport, Runcorn, Frodsham and Helsby will be created through the re-signalling and upgrading of existing single direction track on the Halton Curve. The existing line will be upgraded to provide a two-way hourly service with connections to North Wales in the future.

Re-signalling work on 16 miles of track between Edge Hill Station in the north and Winsford in the south will get underway this summer, with work starting in full in 2017.

Newton le Willows station will be transformed, with improvements including a new bus interchange and extended car park facilities and a new booking hall on the south side of the station.

A new station is to be created between Maghull and Town Green Stations on the Liverpool Central to Ormskirk branch of the Merseyrail network Northern Line to support increasing demand and extensive new housing and employment developments expected in the area. Work will include the creation of a new ticket office, provision of park and ride facilities and lifts and a footbridge to platforms.