Work is slated to start before the end of the year on the second phase of the 12-acre London City Island residential high-rise scheme in Leamouth Peninsula, East London.

The Malaysian’s bought a 75% stake in the development at the start of the year and will press ahead with phase 2 after pre-selling 80% of the first 417 apartments.

Glenn Howells Architects are responsible for London City Island’s architectural design, which includes, using a single striking colour in glossy brickwork for each of the buildings. 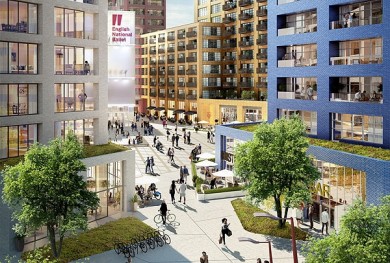 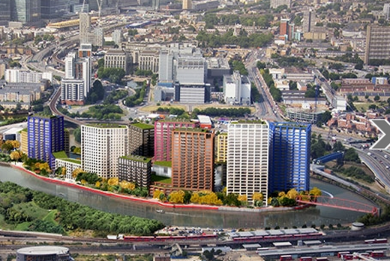