BAM Construction is emerging as favourite for the job to build the country’s biggest Free School in Leeds.

The firm is understood to be up against Sir Robert McAlpine for the £21m contract to build a new Ruth Gorse Academy in Leeds.

Sources have told the Enquirer that Bam is looking like the favourite to take the deal to build the Government-funded free school on derelict land between Black Bull Street and the New Dock development close to the Royal Armouries.

The new school building will sit on the former Yorkshire Chemicals site in a growing “educational cluster” on the emerging South Bank of the city, surrounded by the nearby Leeds City College Printworks Campus and Leeds College of Building. 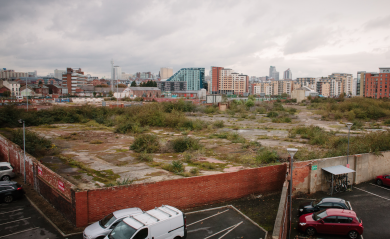 It is envisaged to have four floors, but the site will incorporate indoor and outdoor sports facilities as well as making use of nearby college campus facilities and the John Charles Centre for Sport.

It will eventually have 1,580 pupils and 150 staff, and it is hoped the development could also drive the regeneration of the south of the city centre.