Berkeley Homes has gained planning for what will be the UK’s tallest residential building at a site in London Docklands.

The proposals, designed by architects Foster + Partners, have been dropped in height from the originally proposed 73 floors, which would have reached almost the height of One Canada Square.

This will be built in phase one with the smaller 36-storey twin building pushed into a second construction phase.

In total 888 homes are planned in all, including 188 affordable properties.

Demolition contractors will clear the site at 183-189 Marsh Wall with construction expected to start in July next year running for nearly five years across the multi-phase site. Work on phase two will start in April 2018. 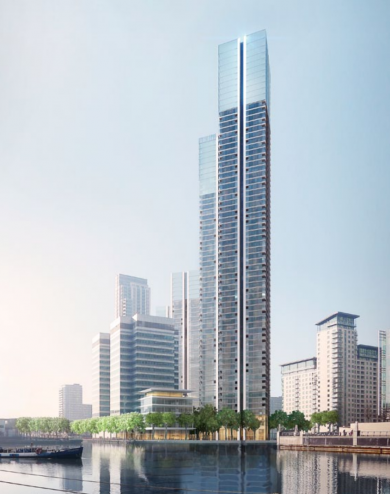 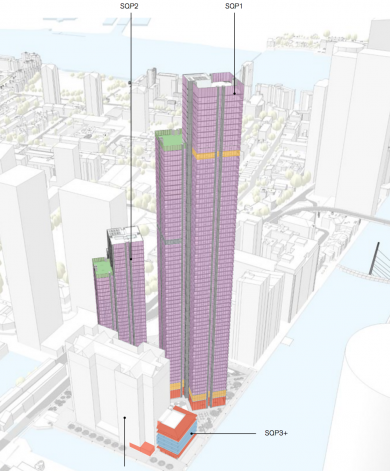