The London Legacy Development Corporation is preparing to fire the starting gun in the next few months on several big bid races for the proposed cultural and education district development at Queen Elizabeth Olympic Park. 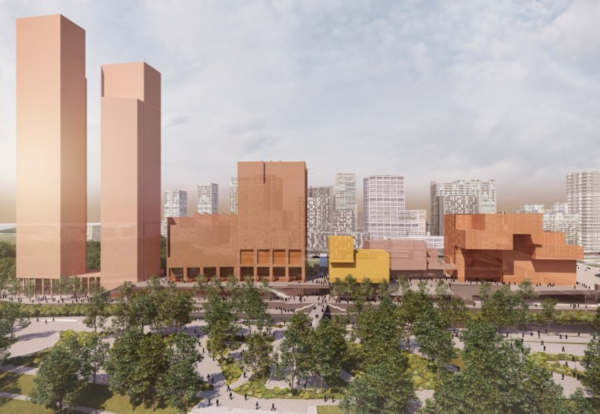 Buildings proposed for the waterfront site

The huge scheme will be broken up into five major design and build contracts covering a new V&A for east London, a 600-seat theatre for Sadler’s Wells and London College of Fashion complex on one site and a major new campus for University College London on another.

Under present plans building work is due to start on both the UCL East and Stratford Waterfront sites in 2018 with building openings planned in 2020/21.

Construction costs on the Waterfront site containing the new V&A, Sadlers Wells and London College of Fashion are estimated at £850m alone, while UCL plans to spend £1.25bn on its East campus and refurbishing parts of its central London Bloomsbury campus.

The design of Stratford Waterfront is the work of a team of renowned architects, designers and master planners led by Allies and Morrison, including RIBA Royal Gold Medal winners O’Donnell and Tuomey, and Arquitecturia. 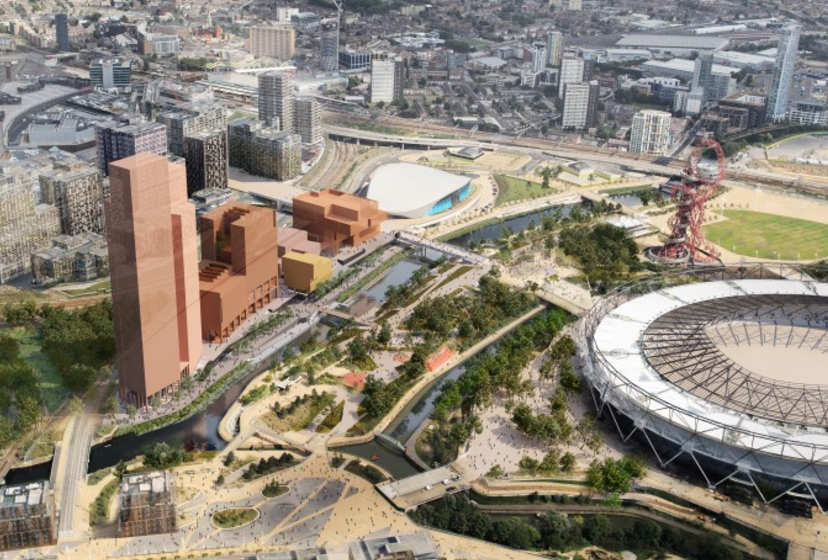 1.London College of Fashion (University of the Arts London)

A 15-storey building with podium over 350,000 sq ft containing five lecture rooms, gallery, workshops and studio space. It is presently envisaged that the shell and core will be procured by the LLDC with fit-out being procured separately by UAL.

2.The Victoria and Albert Museum (East)

A 7-storey building set over 200,000 sq ft with ceiling heights of up to 6m in the galleries. The shell and core and circulation and back of house fit-out area will be procured by the LLDC with the gallery fit-out being procured separately by the V&A.

A 5-storey theatre building set over 80,000 sq ft comprising 550-seat auditorium and six dance studios. The museum building will hold three floors of gallery space and two floors of accommodation. The shell and core and circulation and back of house fit-out area will be procured by the LLDC with the gallery fit-out is being procured separately by others.

Marshgate development consists of an 8-10 storey building set over 360,000 sq ft containing major academic facilities. Construction of shell and core and public realm will be procured and delivered by LLDC. It is presently envisaged that the fit-out will be the responsibility of UCL and procured separately.

Pool Street development consists of two buildings rising to 17 and 14 storeys above a two storey podium. This will contain student and staff accommodation providing 400 bed space and 45,000 sq ft of academic space. All work will be procured by UCL.