Developer Derwent London has selected Brookfield Multiplex as its preferred bidder to deliver its most ambitious London development project later this year.

Sources close to the project told the Enquirer that Brookfield Multiplex has beaten rivals Bam Construct and Mace to the 367,000 st ft  mixed-use development at 80 Charlotte Street in Fitzrovia.

The building contract is expected to be worth around £125m when finalised before work starts during the second half of the year.

Derwent put the project on hold in July 2013, after advertising giant Saatchi & Saatchi, which has occupied the building since 1975, delayed its move away from the property.

But it has now set a date to start work on the office, residential and retail project, which has been designed by architects Make.

The project will be part refurbishment and part new build with a substantial proportion of the existing structures retained thereby cutting waste and carbon emissions whilst reducing the construction period. 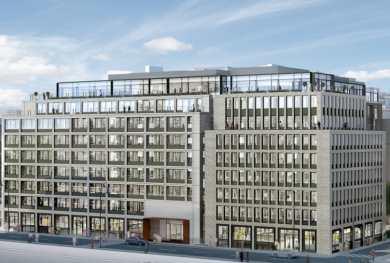