Buckingham Group Contracting has been appointed by developer UK & European Investments to lead the £30m redevelopment of Town Square, Stratford-upon-Avon. 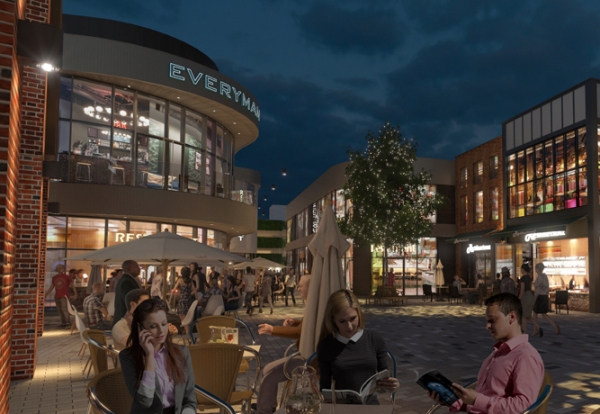 Demolition to make way for the scheme will start next month.Image courtesy of architect Mountford Pigott

Enabling works are set to start on the scheme at the end of the month with demolition works commencing at the beginning of February.

Town Square will be renamed Bell Court as part of the scheme which will see construction of more than 70,000 sq ft of retail, restaurant and leisure space.

A 12,000 sq ft Everyman cinema will anchor the development.

John Stacey, asset management director at UK & European Investments, said: “Following planning approval at the end of 2015, we are now in a position where we can move forward with delivering Bell Court.

“Over the next couple of weeks, we will begin to see hoardings being put in place around the site as part of the enabling works and following this, Buckingham Group Contracting will commence demolition at the beginning of February.”

Colin Llewellyn, managing director of building for Buckingham Group said: “This is a complex project that will involve demolition work, restoration of existing units and extensive new landscaping.

“The end product is something that is set to benefit both local residents and visitors to the area.”