Former footballer turned developer Gary Neville has revealed designs for twin towers in Manchester at the heart of the St Michael’s development. 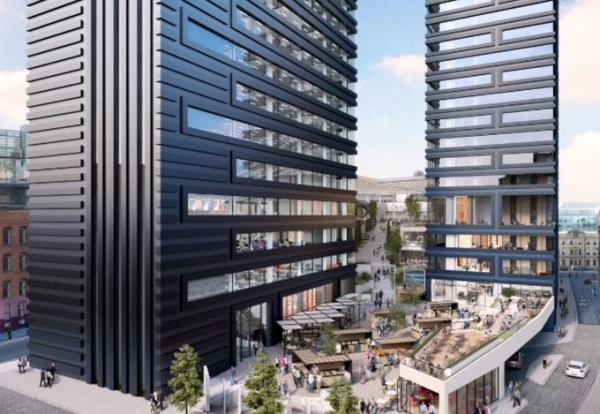 The 1.8 acre site between Jackson’s Row, Bootle Street and Southmill Street will be transformed to contain 21 and 31 storey mixed-use towers surrounded by public spaces.

A planning application has been submitted, and approval is expected by the end of the year, with a start on site in spring 2017 on the £200m scheme.

Neville said: “Our vision is to deliver the biggest statement in architecture and development that Manchester has seen in modern times.

“Our wish is for St Michael’s to become the premier destination in the city that people come to enjoy all year round.

“Through the provision of three stunning new public spaces, St Michael’s Square, The Steps and The Garden, we’re committed to bringing back to life such a key, underused area of the city, which connects Albert Square and St Peter’s Square through to Deansgate and onto Spinningfields.”