The creation of London’s next £1.7bn business district designed for companies from Asia has taken a big step forward.

The Greater London Authority has granted the green light for the 4.7m sq ft development at Royal Albert Dock in east London.

Chinese developer ABP is expected to be able to begin work on the 35 acre site later this year and build what is being described as London’s next financial business district following the City of London and Canary Wharf.

It took months of negotiations between ABP and the planning authorities involving London Borough of Newham, Transport for London, and the Greater London Authority before agreement was finally reached.

It is believed that ABP could eventually be required to upgrade the Docklands Light Railway stations and buses that connect directly on to the site as well as the nearby Crossrail station which will provide high speed journeys to Heathrow Airport in just 45 minutes.

ABP’s Chief Operating Officer and Executive Director, John Miu, said: “I can confirm that the Greater London Authority have granted their approval for ABP to proceed and obviously we are delighted.

“There is tremendous interest from across Asia from companies wanting to locate in the Royal Albert Dock business district development.

“Now we have the full planning approval, we look forward to making further exciting announcements in the months ahead.” 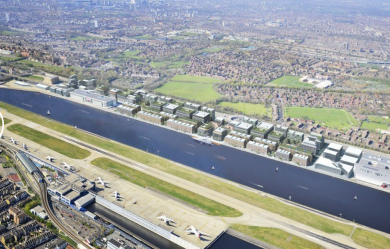 The ABP Royal Albert Dock development is set to become London’s third business and financial district, after the City of London and Canary Wharf.

It is being marketed as a hub for businesses from Asia looking to reach new markets in Europe and for European companies seeking to do business with them and expand into the Far East.

The first phase of the project will be completed in 2018 at the same time that London’s high-speed rail link, Crossrail, opens nearby. 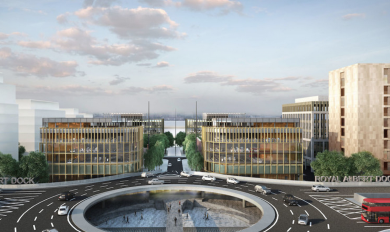 It will create more than 20,000 new jobs and it is estimated it will be worth £6 billion to the London economy when it is completed.