Developer Allied London has gained planning for the first phase of its £1.3bn redevelopment of the St. John’s neighbourhood in Manchester.

St. John’s will be situated on the former home of the ITV studios in the city centre and result in the Coronation Street set being demolished to make way for the 2.8m sq ft regeneration scheme.

It has been billed as Manchester’s new neighbourhood for culture, enterprise and living delivering riverside parks, hotels, arts venues; shops, restaurants and bars, and 1,450 homes.

The plans for the former Granada studios also include an eight-storey office building.

Allied London will commence the project in Autumn 2016.

Michael Ingall, Allied London’s chief executive, said: “Allied London has long been championing Manchester and are fully supporting the Northern Powerhouse initiative, which now even has its own elected Minister in the Houses of Parliament.

“Manchester has always been at the heart of enterprise, arts and culture and St. John’s will provide a platform for the city to cluster creative enterprise and activities and flourish with workspace, theatre, music, performance, events, craft workshops and independent retail at the heart of our new neighbourhood.” 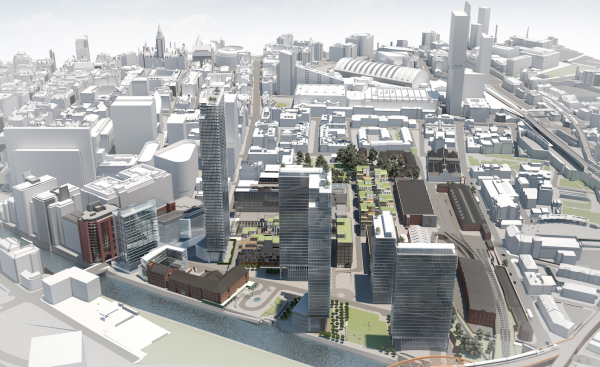 Detailed planning consent has been granted for Old Granada Studios, the conversion of the existing 8-storey building into an event hotel with restaurants, bars, roof terraces, rooftop pool, cinema and new performance and entertainment spaces in the broadcast and recording studios.

Consent has also been granted for what will now be known as South Village, a new neighbourhood of workshops, innovative workspace, independent retail and 60 apartments together with pockets of public and private realm, pedestrianised streets and vibrant green spaces. 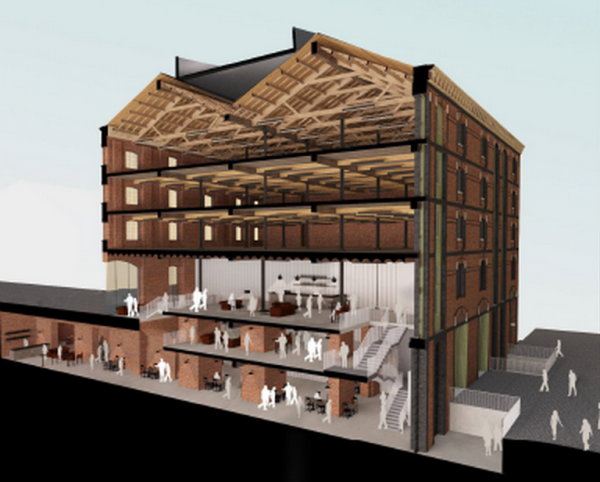 The revamped Bonded Warehouse (above) for creative industries will be the anchor and heart of Project Voice, a new St. John’s initiative for a ‘Village Of Innovation, Culture and Enterprise.’