Laing O’Rourke has won a £135m contract to deliver the shell and core for Berkeley Homes’ residential skyscraper next to Canary Wharf in London Docklands.

A preconstruction services agreement is due to complete in April 2016 with work officially getting underway in October 2016.

The firm was up against Brookfield Multiplex for the job, which had previously worked for Berkeley Group on its St George tower on London’s south bank.

The job confirms Laing O’Rourke’s place in the London high-rise sector after building the Cheesegrater building and its Expanded arm’s  £40m concrete package with Berkeley Group on the 250 City Road tower, where the house builder is also main contractor.

The slender main tower at South Quay Plaza will rise to 220m with a floor plate of two intersected squares, to maximise views across London for each of the luxury flats. 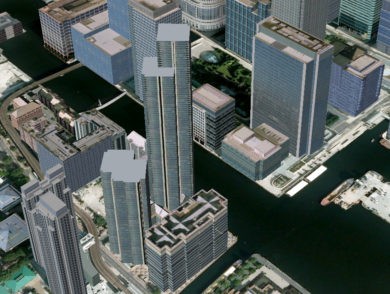 This will be built in phase one with the smaller twin building pushed into a second construction phase.

In total, 888 homes are planned in all, including 188 affordable properties.

The shell and core works will complete by July 2020 with the building handed over to residents in four phases during 2020/2021. 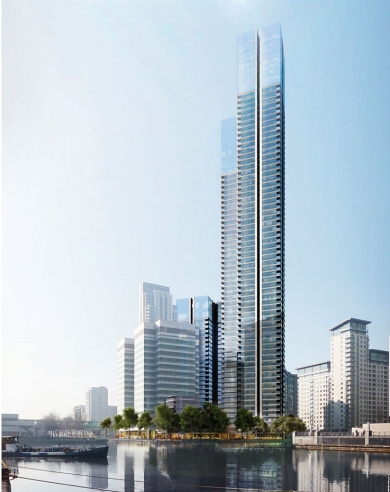