London ‘Can of Ham’ tower to start by late spring

The delayed 90m tall proposed London office tower dubbed the Can of Ham will start construction in the second quarter of this year.

Developer TIAA Henderson Real Estate has confirmed a start date and that Mace is on board as the early stage contractor for the 24-storey office tower.

The building, which will be erected at 60-70 Mary Axe next to the Gherkin, was initially launched by developer Targetfollow but was delayed by the onset of the global financial crisis.

When the developer entered administration in 2011 it was sold to TIAA-CREF.

The glazed building has been designed to be extremely energy efficient.

Other low energy measures, such as borehole thermal energy storage and energy piles, result in a design with very low carbon emissions. 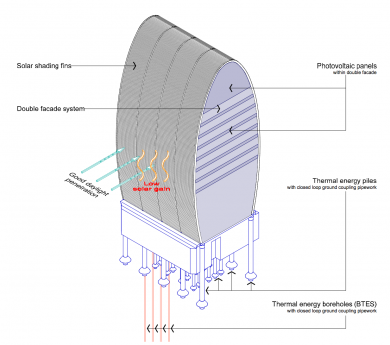