Developer Rocket Investments has awarded Mace the contract to build a landmark residential tower near Old Street roundabout in London.

Demolition contractor John F Hunt is clearing the existing brick building at 145 City Road to make way for the 40-storey apartment block, which will be known as the Atlas Building.

Mace is expected to start construction in July on the main resi block and adjacent 10-floor office building.

The project also contains a new public piazza and retail space for shops, cafes and restaurants and is due for completion at the end of 2018.

The concept design, which will accommodate 300 flats, was drawn up by architect Make, with Scott Brownrigg now acting as delivery architect.

Make’s striking design takes the form of a wafer of a dozen blades breaking up the tower’s mottled white facade. 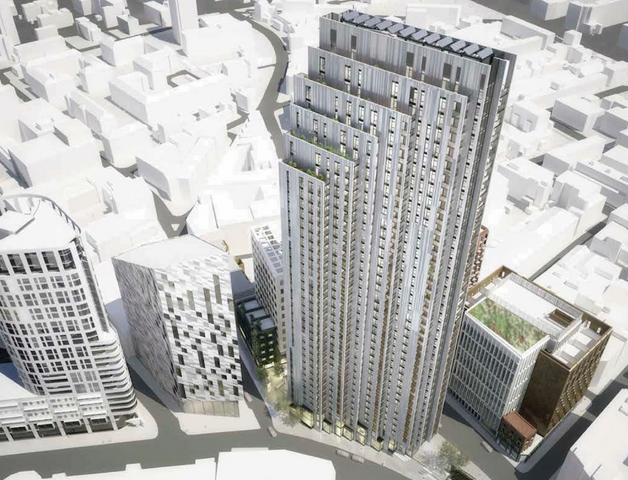 It will be the sixth major high-rise residential building planned or under construction on City Road, which is undergoing a mini construction boom around the newly-dubbed Silicon Roundabout district.

Work is also shortly to get underway on a twin-tower scheme at 250 City Road for Berkeley Homes, which is construction managing the project and its the tallest high-rise the developer has delivered direct, preferring to use Brookfield Multiplex on its tallest buildings.

The Foster & Partners designed scheme comprises a 42-storey tower block and a 36-storey tower block. Demolition has been completed and main concrete package will be delivered by Laing O’Rourke’ Expanded business. 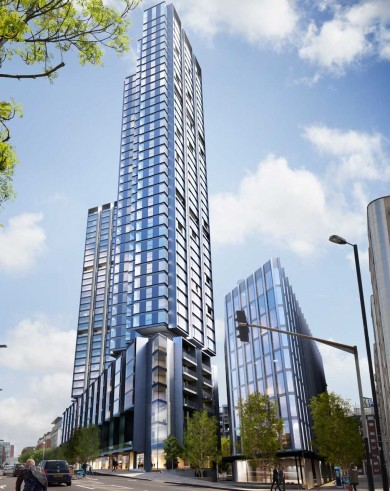