A New York hotel developer has submitted plans for a 45-storey mixed hotel and office block next to the Broadgate development in London.

The 390-room hotel will fill the top 27-floor section of the 170m high-rise with offices filling out the lower 16 floors of the tower and podium.

The existing seven-storey Bavaria House building will be vacated in July with demolition scheduled to take place in November. This will clear the way for a three and a half year construction programme, with the year-long basement programme due to start in March.

The superstructure will be mainly concrete columns with post-tensioned floor slabs. An 18-month fit-out phase is expected to get underway in the summer of 2017. 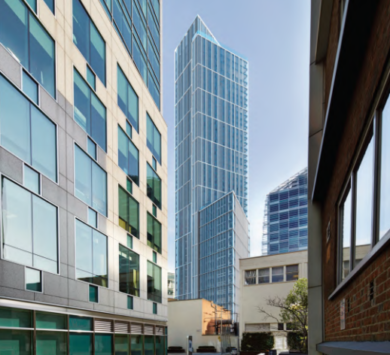