Developer intu has submitted plans for a £150m transformation of the Broadmarsh shopping centre in Notingham.

Construction work could start on site as early as the first half of 2016 for completion by the end of 2018 if Nottingham City Council agree the plans.

Martin Breeden, regional director of intu, said: “Nottingham has always been a top 10 retail city but, in the last couple of years, it’s really had the sense of a place on the way up.

“There’s the massive extension to the tram system, improvements to the railway station, increasing amounts of urban living and new independent stores and restaurants popping up and, of course, our own improvements to intu Victoria Centre.

“Our plans for intu Broadmarsh will build further on that progress, bringing new streetscapes, a new cinema and a wider retail and catering offer.

“We have been in the city for over 40 years with intu Victoria Centre and are fully committed to creating something special for Nottingham.”

The architect is Benoy which also designed St David’s shopping centre in Cardiff, jointly owned by intu and Land Securities.

Intu Broadmarsh is owned two thirds by intu and one third by Nottingham City Council, which owns the freehold of the land. 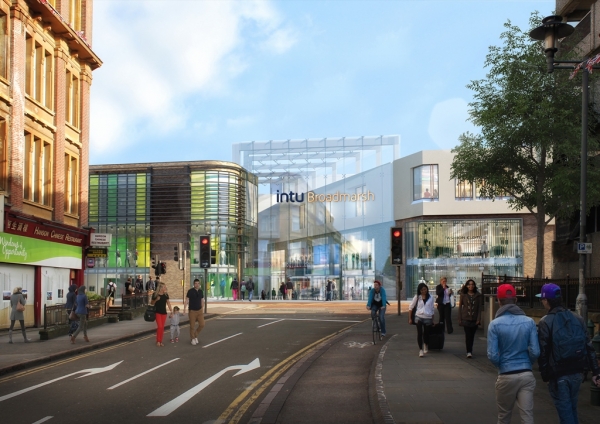