Prater will use a pioneering access method for the job without the use of fixed scaffolding.

Kevin Smith, Prater’s Associate Director, said: “We have collaborated closely with Lend Lease during an extended upfront lead-in to deliver this proposed pioneering method of working.”

The firm will supply and install Schüco aluminium windows and doors as well as GRC rainscreen with an insulated solid back-up wall for the development of two residential blocks.

These will form part of The International Quarter at Stratford City on London’s Queen Elizabeth Olympic Park.

Prater will start in March and be on-site for a year, with the first homes expected to be due for completion in 2016. 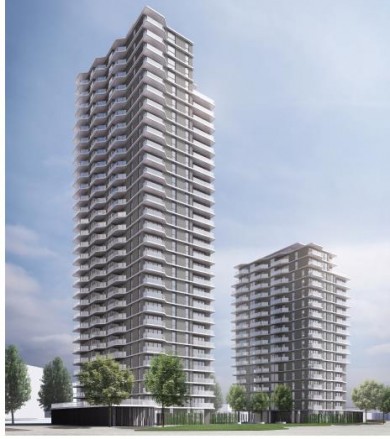 Designed by Allies and Morrison the two residential towers will offer 350 homes ranging from one-bed to three-bed apartments.

Each floor is wrapped with a strong horizontal emphasis and will feature projected balconies.

Prater will also be undertaking the balcony waterproofing and the installation of the glass balustrades to help create these private outdoor spaces.