R G Carter will start work next month on a major student hall scheme for the University of East Anglia, after receiving planning approval.

The project, which is understood to be worth around £25m, will involve building over 500 rooms on the former Blackdale School site, next to the UEA Norwich campus.

It will be built from cross-laminate timber, rising up to six stories in parts of the Blackdale development.

The scheme, which is targeting a BREEAM Excellent rating, will eventually see 915 student rooms delivered in two long blocks.

The second phase will be brought through when funding becomes available. 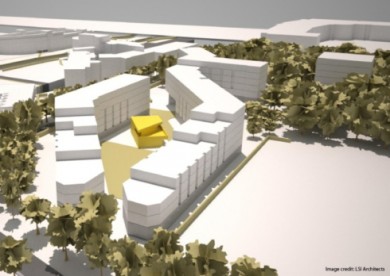 The university is expecting a 7% increase in student numbers over the next four years, which has provided the impetus for the plans being drawn up.

RG Carter Director & General Manager Grant Keys said: “Having previously constructed over 1,700 student bedrooms at UEA, we are excited to be given the opportunity to build upon and utilise our extensive experience in this sector.”