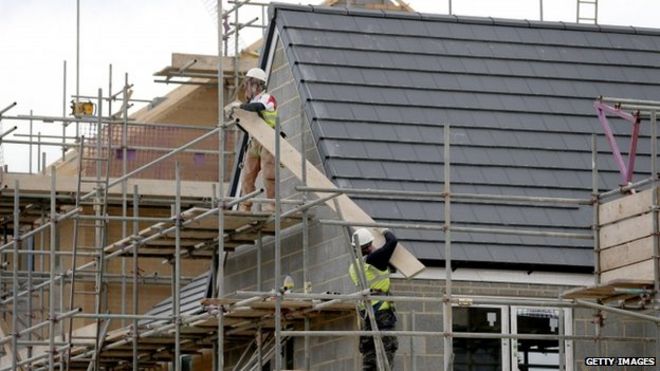 A rise in private house building and office development activity has helped to drive up workloads for Scottish building firms, according to a survey.

A net balance of 45% of respondents in Scotland reported higher workloads in private housing.

The net figure for the private commercial sector was 40%.

The survey suggested workloads rose across all sectors and in each part of the UK, but was more widespread throughout England, Wales and Scotland.

The pace of growth in Northern Ireland was more modest.

In Scotland, 73% more surveyors said they expected to see their workloads rise.

However, some surveyors expressed concern at a continuing shortage of some professional skills.

Rics Scotland director Sarah Speirs said: "The upturn in workloads has led to more competitive tendering, particularly across public sector projects, but a lack of accessible finance is now affecting many of our members and while concern over labour shortages dipped slightly, the demand for cost and project management skills rose.

"Also typical as workloads recover is the emergence of other impediments to growth - outside of labour and finance constraints - such as planning and regulatory barriers, which could be exacerbated if cuts are made to local authority planning departments as backlogs in planning applications could have a knock-on effect to work pipelines."

"This has the added effect of key staff being subject to increased unsolicited approaches from various sources as well as through social media.

"This will drive up costs as companies need to compete to maintain adequate resource levels."